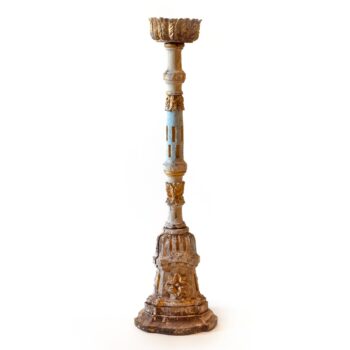 In remains of powder blue paint and gilding with its white bole underlay , the pinewood candlestick with its carved acanthus leaves has a slight though acceptable crack which has opened out on the base due to several centuries of natural warpage.

The team at Interior Boutiques seek to fulfil your design dreams by giving you a database of Antiques to Mid-Century Design and Art pieces from various dealers and designers.