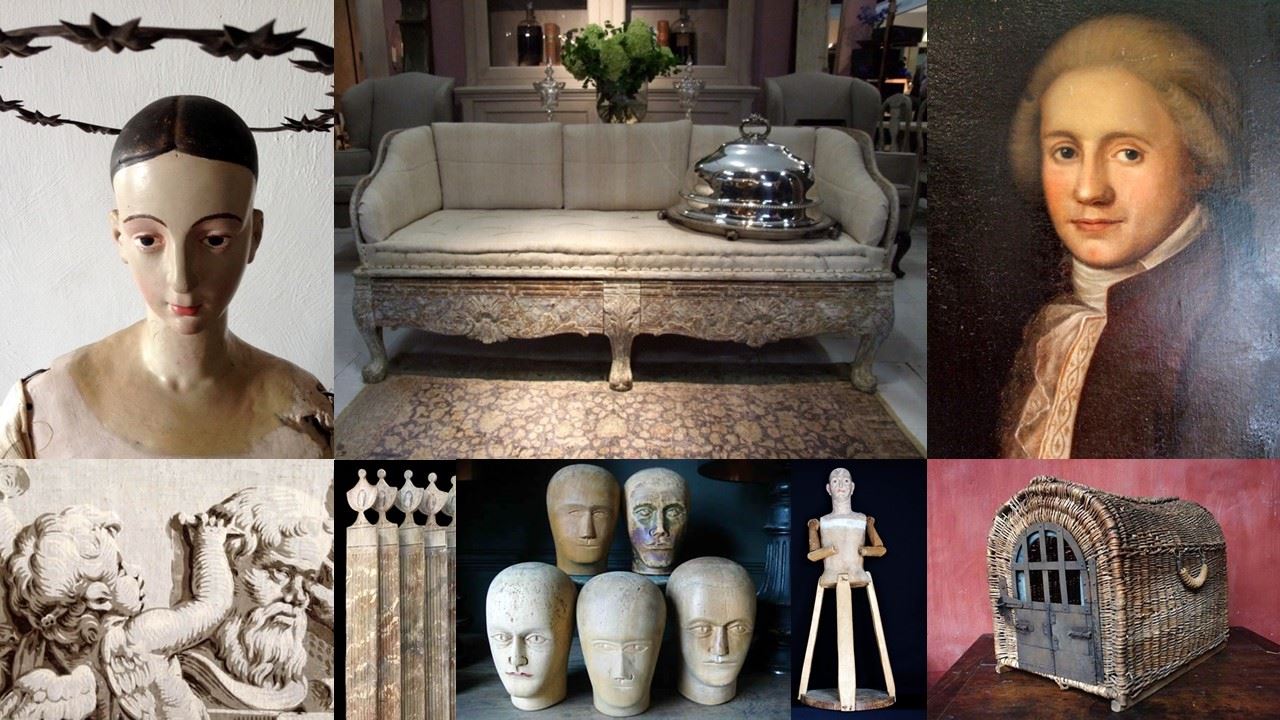 Christopher Hall Antiques
London, England 07831 765600 sales@christopherhallantiques.com www.christopherhallantiques.com/
Christopher Hall Antiques and Interiors was started by Stephen Hall and Deborah Christopher, a husband and wife team based in London. We originally started our professional careers as hair stylists, working in many top West End salons and on numerous adverts, TV series, commercials and films. While honing our skills on filming sets we developed our attention to detail, eye for style and an ability to work with the most discerning clients and interior designers both in Europe and the USA. We offer discretion, reliability and a good level of professional, personal service. We source our stock from the British Isles, France, Italy, Spain, Holland, Germany and Sweden and have contact with many dealers who reserve and find items personally for our clients. Christopher Hall Antiques carries a wide variety of stock from the 16th Century through to the 17th century, covering industrial, modernist, painted, art deco, art nouveau, including arts and crafts from garden to architectural antiques. We are happy to organise shipping, insurance, furniture finding, film and magazine hire, restoration and upholstering - making it a pleasant and stress free experience to deal with us.
1234›»