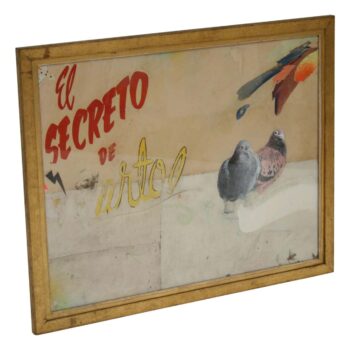 Huw has an obsession with pigeons and homing pigeons in particular; London connection.