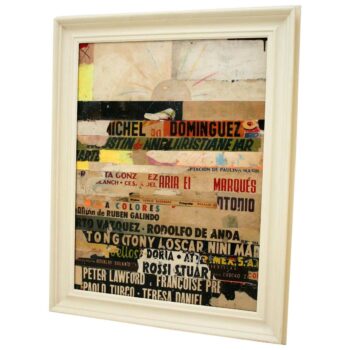 A collage & decollage displaying multiple lettering derived from antique Spanish film posters.
The overall result is a highly decorative and interesting signage.
An unusual piece from Griffith and perhaps a new departure from his known collage work.