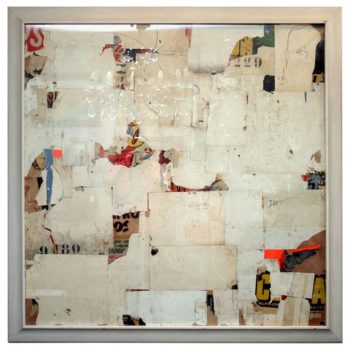 Griffith depicts the passage of time by layering his aterials – fragile ephemera marked by age. His work has echoes of archival art and Mimmo Rotella; rare documents, advertisements and cinema posters are taken apart, original images are hidden and context is lost. The emerging image is built out of the remnants, creating a bold, unconventional aesthetic from vestiges of the past. Griffith describes his technique as the art of painting with paper, a practice he feels has been largely overlooked.