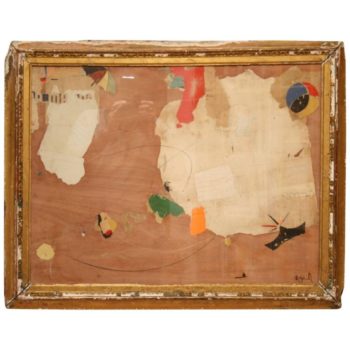 The artist hopes for a direct and immediate communication here.

The picture being both simplistic and naive but never too far away from the abstract.